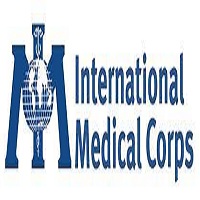 • New cases of Ebola resurfaced in the northeast of the DRC on February 7, less than a year after the 10th Ebola outbreak claimed the lives of 2,287 of the 3,324 patients confirmed in this region.
This new outbreak comes less than three months after the end of 11th outbreak, which spread to 13 of Équateur province’s 18 health zones, and claimed the lives of 55 of the 130 cases confirmed.

• Four of the 11 cases confirmed so far in this new Ebola outbreak have passed away.

• 1,083 people have been vaccinated against Ebola since this new outbreak started.

• On June 30, when the Mangina ETC in the northeast was decommissioned at the end of the 10th outbreak, the facility had cared for 3,859 suspected and 422 confirmed Ebola patients.

• Eight confirmed cases and 16 suspect cases have been managed in the ETC set up and run by our rapid response team in Katwa, as part of response to the current outbreak.