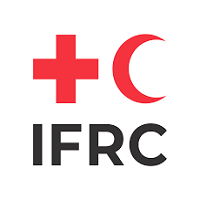 This Operations Update No. 8 is to notify partners on the current situation in view of the resurgence of Ebola Virus in Biena, Butembo Territory in North Kivu Province and seek further support that will help contain the outbreak before it spreads further. The operation time frame is also to be extended to 30 September 2021, given the minimum surveillance period as per protocols.

The first suspected patient was admitted to a health centre in Biena before being referred to the Matanda hospital in Butembo where she eventually died on 3 February. She was the wife of an Ebola survivor. On 7 February 2021, the Minister of Health of the Democratic Republic of the Congo confirmed the laboratory results and declared an outbreak of Ebola Virus Disease (EVD) in the territory of Butembo, North Kivu Province. Following this, the DRC RC, with support from IFRC organised strategy meetings to immediately start response activities that would minimise the spread of the disease. A provincial response team from the Ministry of Health, supported by WHO, is already in the field and is working on contact tracing and disinfection of sites. Red Cross teams were activated in four health zones: Musienene, Biena, Butembo and Katwa and engaged in the response to provide services such as infection prevention and control (IPC), community mobilisation and awareness-raising, psychosocial support (PSS) and, if necessary, safe and dignified burials (SDB).

Between 7 to 14 February 2021, 2 more confirmed cases were registered out of 180 listed contacts, 129 were followed up with a 72% follow-up rate. Concerns arose on the 19 of February, as the first EVD cases were detected out of a known transmission chain, thus starting a new generation of cases that increases the risk profile and can potentially lead to exponential growth.

In the three-week period 7-28 February, DRC RC teams were activated in the four health zones: Musienene, Biena,
Butembo and Katwa where more than 245 Red Cross volunteers of the DRC Red Cross, with the support of the IFRC, have undertaken the following activities:

Moving forward, the DRC Red Cross and IFRC will continue to provide support in the affected areas in the following key pillars:

For the past two and a half years, the DRC Red Cross, with the support of the IFRC, has built strong capacities in EVD preparedness and response; it has the structures, staff, volunteers, expertise, and logistics in place. The area of resurgence of cases is an area of armed conflict, and the DRC Red Cross is one of the few organisations with access to the area with the support of Red Cross Red Crescent Movement partners, including the ICRC. The Red Cross is therefore uniquely placed to respond to the latest resurgence of cases and to play a critical role in this latest public health emergency.

The DRC RC will shift the focus from preparedness and recovery to response, under the framework of this Emergency Appeal. Unfortunately, due to the funding shortfall in this operation, the IFRC is not in a position to maintain sustained support to DRC RC to continue the response to this resurgence beyond March 2021. An allocation from the IFRC Disaster Relief Emergency Fund (DREF) is being sought to maintain operation ongoing for the coming weeks, while fundraising efforts are ongoing, seeking for CHF9.2 million to continue the operation until September 2021.