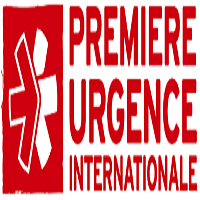 The Afghan Mission is PUI’s oldest mission with the first medical intervention launched in 1980 just after the Soviet invasion. Since then, Afghanistan has mostly been in conflict, with the presence of national armed groups and international forces causing mass casualties and massive movements of population within or out of the country. According to IOM Displacement Tracking Matrix (DTM), the total number of displaced population for the period 2012-2019 that currently live in host communities reached 4,350,900 individuals. The same time, the country has witnessed a strong wave of returnees from abroad at 3,451,510 people. This latter figure is expected to grow further in 2020 as large numbers of Afghans have fled the COVID-19 outbreak from neighbouring countries (mainly from Iran). The high number of returns put additional pressure on host communities, fragile livelihoods and public services that are already strained by conflict and economic underperformance.

The achievements realized in the years following 2001 invasion are now jeopardized by the intensification of conflict and violence and fragile governance. Indeed, due to the increase in the attacks, casualties, displacements and consequently, of the acute needs, the United Nations reclassified Afghanistan conflict from a protracted to an active one. Armed groups are threatening the Government of Afghanistan that struggles to impose its vision of development despite the continuous extended military, financial and political support, nationally and internationally.

As Afghanistan continues to face an extremely complex set of humanitarian challenges, the country remains one of the world’s largest refugee crisis. According to the World Bank, by the end of 2018, the number of Afghans refugees stood at close to 2.7million, following only the Syrian crisis in terms of magnitude.

In the current context, with elevated pressure on aid organizations by different actors, fragmentized conflict that happens to a large extent away from urban centres, the capacity to deliver aid to those in need is particularly challenging. Access to remote areas is volatile, with military offensive and/or threats, expulsion by armed groups that cause agencies to suspend their operations at times. Health actors are particularly at risk as attacks on health facilities and staff continue to happen across the country with a visible intensity in areas where PUI operates.

In 2020, the COVID-19 pandemic advanced the crisis even further. The Humanitarian Needs Overview (HNO) estimated that there are now 14 million Afghans, or 37% of the country’s population, in need of assistance. This figure was revised upward from the 9.4 million estimated earlier in 2020 and from 6.3 million in 2019.

In this context, PUI is looking for a Mental Health and Psychosocial Support Consultant.

The MHPSS Lead Researcher Consultant is responsible for conducting a research study on condition of Mental Health in communities in four eastern provinces of Afghanistan – Kunar, Nangarhar, Laghman and Nuristan. As mental health is still a topic not broadly assessed by NGO community in Afghanistan, there is a great need to collect detailed information on this sector, to better understand main challenges communities face in accessing high quality services. The consultant will be responsible for conducting a detailed survey in the four targeted provinces, assessing obstacles to MHPSS access in the four eastern provinces; and proposition to overcome them.

The study will also provide recommendations on the most suitable and relevant intervention in mental health sector in surveyed region. The study will be conducted through analysis of already existing secondary data (desk study) and direct data collection. Data collection will be done using qualitative and quantitative methods:

All interviews will be done by trained data collectors in local languages. Household survey will be done using Kobocollect software. Analysis will be done by the Mental Health and Psychosocial Support consultant experienced in scientific researches in line with PUI MHPSS Technical Adviser (TA) guidance and support from MHPSS Advisor at HQ.

For more information, please refer to the terms of reference.

Consultants should send all of this documentation in electronic format to: [email protected]